A NEIGHBOURHOOD GUIDE TO DALSTON - PART ONE

The stretch from Dalston Junction right down to Church Street in Stoke Newington hums with vibrancy. Its magnetic charm stems from its eclecticism, ranging from theatres and cinemas to chippies and charity shops - there's a little something for everyone. We were born out of the area's legendary club Passing Clouds - and it's where we spend a lot of our time too; chilling on the aisles of our favourite shops and cafes and hanging out with pals alike.

Here are a handful of our favourite places.

Dalston's favourite Art Deco cinema was opened over 100 years ago in 1909 but still shows regular screenings and feature films today. It's right next to pizza joint, Voodoo Rays for a handy grab-and-go snack pre or post movie.

Over the summer, the Rio crowdfunded to raise £150,000 to create a second screen in the basement so they can screen more films, host film festivals and generally spruce the exterior of the building.

Locally sourced fruit and vegetables, a lip-smacking array of homemade vegan cakes and a line-up of freshly made quiches, tarts and sandwiches make Harvest a local hotspot. The front of Harvest is a peaceful cafe with a handful of tables and reliable wifi, while the rest of the space is dedicated to a sprawling mass of fruit, veg and organic produce, ranging from food to beauty brands. Do your best not to spend every penny in your purse. You’ve been warned.

If you like Indian and haven't yet paid a visit to Rasa in Stoke Newington, you're missing a trick. The shocking pink exterior in N16 is home to some of London's finest Keralan dishes. The vegetarian menu is pretty expansive, serving up many a spicy curry from the Rasa Vangi, an aubergine dish cooked in a thick tomato and onion sauce to the Moru Kachiathu, a combination of sweet mangoes and green bananas cooked in yoghurt with green chillies, ginger and fresh curry leaves. And that's not to mention the array of sides that comes with every Indian feast - spicy potatoes, fresh okra, black eye beans and chappati. Their omnivorous counterpart can be found right across the street. Prepare yourself for a belly-filling meal. Now you can get a coffee AND buy a cactus at the same time. How millennial is that? The Green Room florist is hiding a little cafe at the back of the premisses. Stroll past the flora and fauna and you'll find a cosy space serving up all manner of brunch and lunch dishes - from pancakes and full English breakfasts to avo on toast and falafel wraps. There's also a courtyard for soaking up sunshine with a coffee.

No trip to Church Street is complete without stopping off at Whole Foods, even if it's just to look at everything you wished you were buying. Freshly baked baguettes and pastries, fresh fruit and veg, a hundred different types of chocolate and snacks... 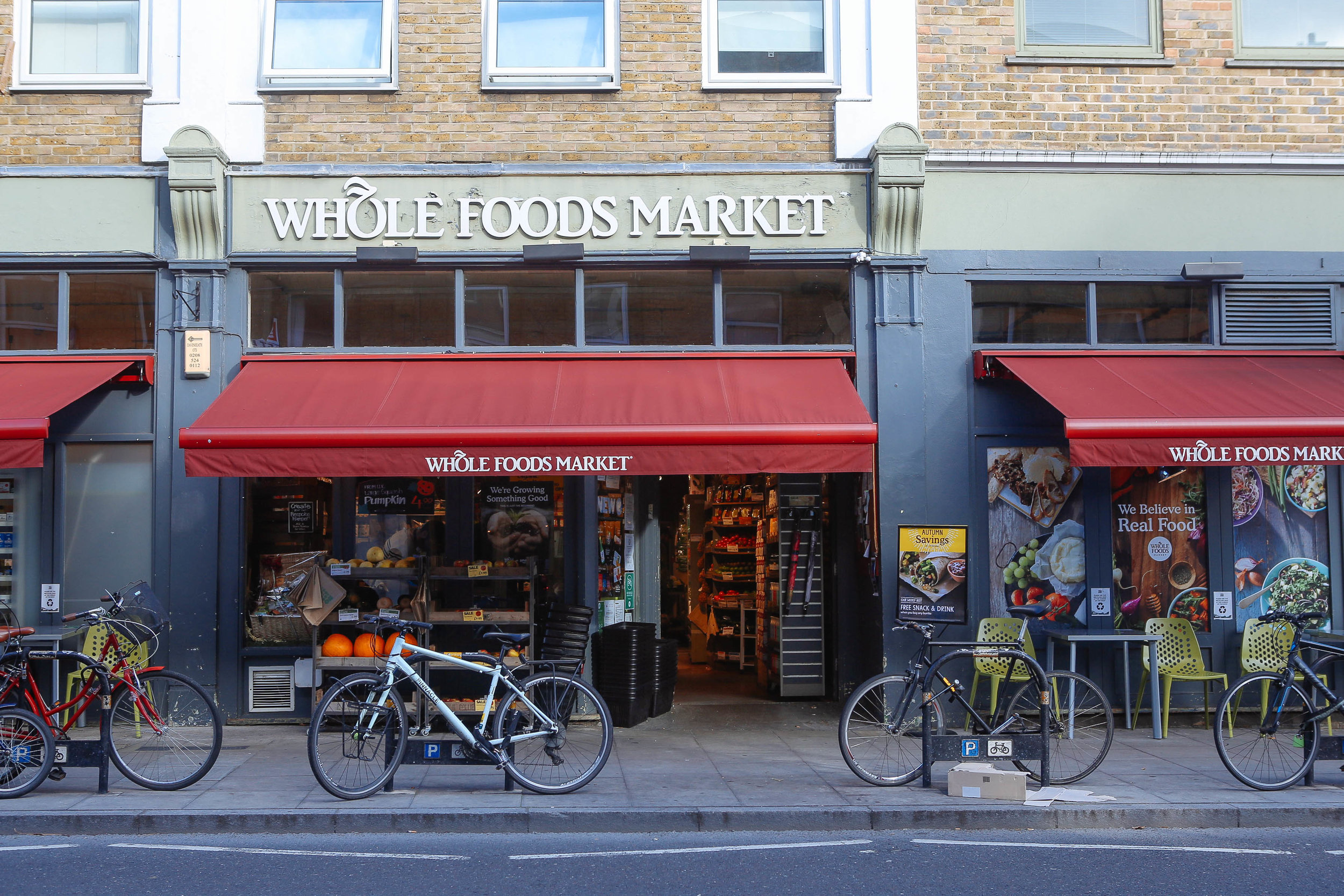 Tucked away on the corner of Lordship Road, Caffeine is a no-fuss, no-frills hidden gem. Ideal for a morning of remote working or stopping off for a quiet coffee, they also have a whole counter full of freshly baked Oreo cookies, gooey brownies and slices of chocolate cake to keep your energy piqued. That's not to mention their ever changing menu of seasonal soups, salads and sandwiches for when hunger strikes.