HUMBLE ROOTS: FROM THEN TO NOW

It started in the most vibrant and eclectic of East London homes. The iconic Passing Clouds nightclub in Dalston – a hub of spoken word, reggae, gypsy swing and everything in between – was the birthplace of, well, Dalston’s.

It was there that founder Duncan O’Brien started mashing and blending the first bottles of Dalston’s Cola by hand in a tiny kitchen to sell at the venue as its alternative to mainstream soft drinks. But his journey to the drinks industry goes back even further – in the bar car of an Orient Express train riding around the west coast of Scotland.

Just three months after joining the Orient Express as a bartender, Duncan was called into the on-board kitchen as emergency cover and soon found himself wearing chef whites permanently.

“My time as a chef really informed both how we built Dalston’s and our approach to how we make drinks,” he says. “You should find the best ingredients you can, pay a lot of attention to sourcing and then present them in the best way possible.” 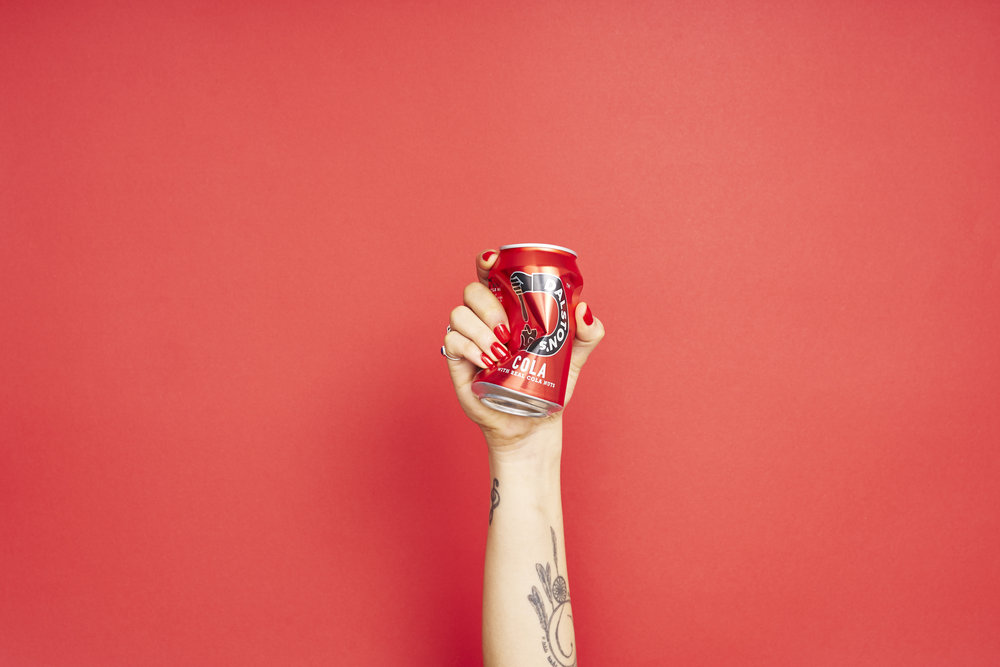 Making the shift from food preparation to drink-making was an interesting progression for Duncan: “The interesting thing for me was working by hand with ingredients as a chef and taking this hands-on approach into the drinks world, which is dominated by big machines. It was very different to the pots, pans and cocktail shakers I was used to.”

“I don’t think many people would try and create a drinks company the way we did, as it involves an awful lot of trial and error,” he continues. “It’s much easier to outsource everything from the start, but then you lose the hands-on connection with your ingredients, as well as the delight of exploring great natural ingredients, spices, fruits and herbs.”

Fast forward to 2012 and Duncan was making and bottling his colas out of tiny kitchens in East London. The inspiration behind Dalston Cola? “The pure and simple underdog mentality of going up against Coca Cola; an enormous and established company.” No one could accuse Dalston’s of lacking moxie.

The company has come a long way since those first days hand-making cola to sell at Passing Clouds and is now stocked in stores, restaurants and pubs in the UK and even further afield. Recently, Dalston’s launched three new flavours in redesigned packaging – Fizzy Elderflower, Ginger Beer and Cherryade – to join the existing can line up of Cola, Lemonade and Orangeade.

The process that Duncan used to bring to life new drinks is essentially how you’d approach developing a new recipe. “The ideal way [to approach it] is to find what’s seasonal, best and closest to you.”

When visiting suppliers, the first question is always “What have you got?” From there, it’s a case of finding something that hasn’t been tried before and if it sparks excitement, go for it.

“This is exactly what happened with our cherryade,” Duncan explains. “We tried a bunch of cherry juices at one of our suppliers and thought ‘man, we could make an amazing cherryade.’ And that’s often how the best products come about.” 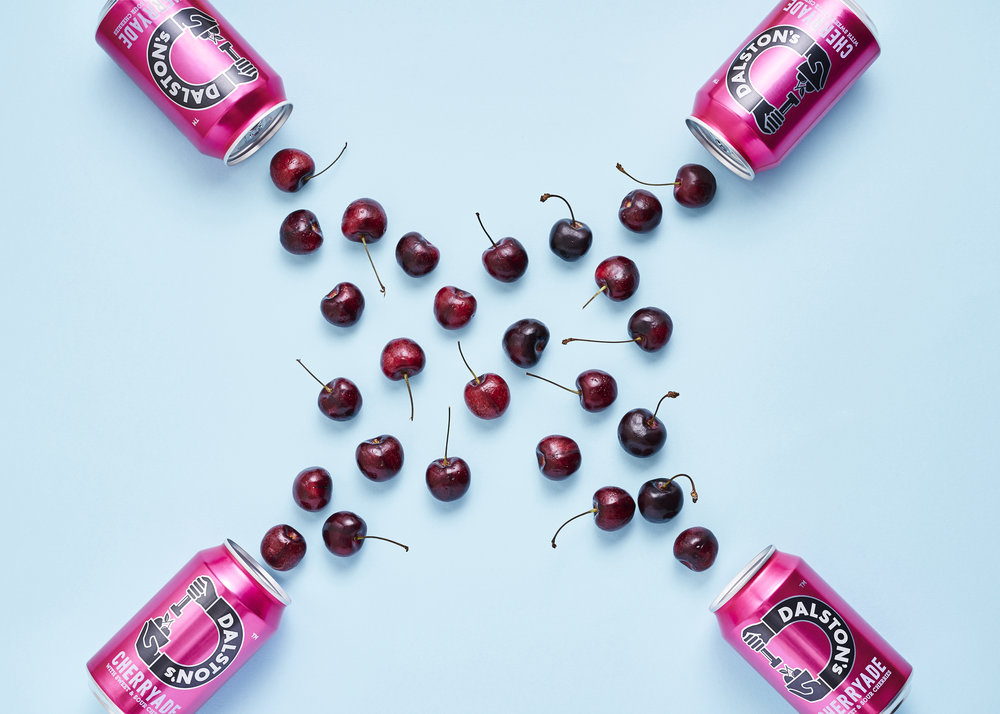 As well as an increased focus around environmental issues, the past year has seen sugar consumption sitting high on the list of society’s concerns. For Dalston’s, however, this increased focus on sugar in soft drinks needn’t be cause for alarm, as it uses two thirds of the sugar that is typically found in mainstream soft drinks.

“We’ve always used less sugar than our competitors simply because we felt it wasn’t necessary. If you use better quality, natural ingredients that are less processed, then you don’t need to use so much sugar. The food and drink industry in general adds fat, sugar and salt to mask the use of cheap ingredients. If you simply use better quality materials, you don’t have to add these to make your product taste good.” 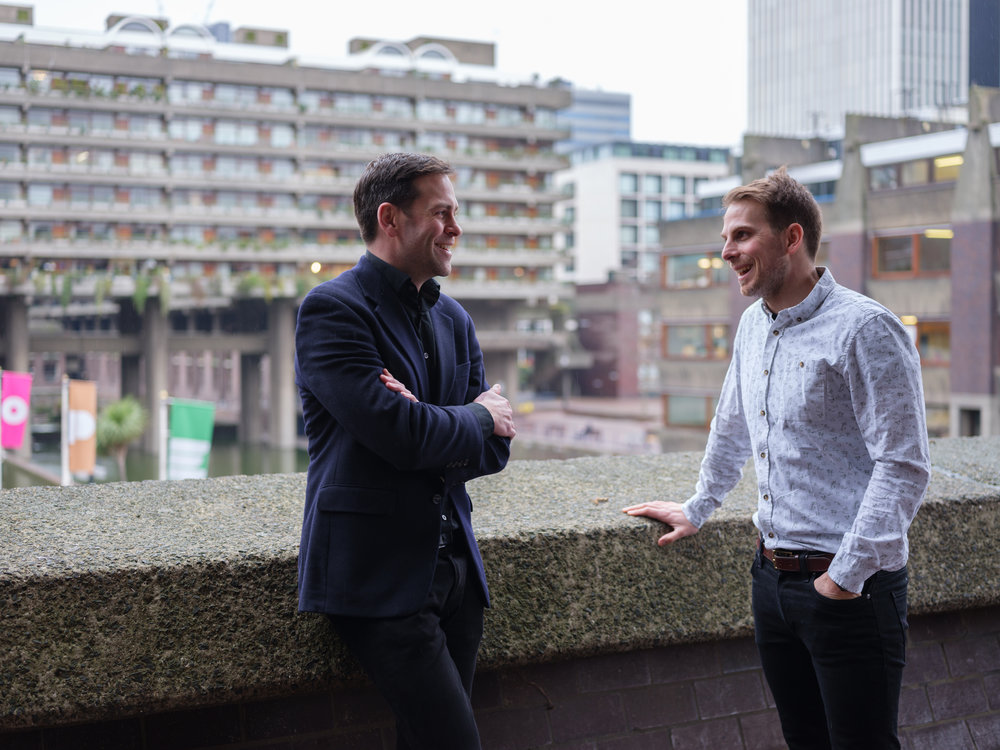 During a start-up journey that has encompassed hand-making bottles of cola and ginger beer in Passing Clouds to building a second brew yard, the high points for Duncan have frequently come when working closely with ingredients suppliers. Making an eleventh-hour call to one of the suppliers in Sicily, he went to the citrus fruit processing plant to see the facility firsthand.

“We went in to meet the two daughters who ran the processor and their parents who were both in their 80s. They represented the different generations of this beautiful family business.”

Taking a tour, he saw the mechanics of a fourth generation company, producing high-quality Italian products in action: “That, for me, was one of the biggest highs – over any sales or new customers coming on. I saw that we could do what we set out to do: to bring back quality to the soft drinks industry.”